Several superannuation proposals announced in this year’s Federal Budget have been introduced into Parliament in the Treasury Laws Amendment (Enhancing Superannuation Outcomes for Australians and Helping Australian Businesses Invest) Bill 2021.

These measures aim to:

The superannuation measures that have been introduced include:

Repealing the work test for individuals aged 67 to 74

Individuals aged 67 to 74 will be able to make or receive non-concessional contributions (NCC) or salary sacrifice superannuation contributions without meeting the work test, subject to existing contribution caps.

However, individuals aged 67 to 74 years wanting to make personal deductible contributions will still have to meet the existing work test.

Removing the work test for individuals aged 67 to 74 will provide more flexibility for retirees under 75 to top up their superannuation without needing to work 40 hours within 30 consecutive days in a year prior to making a contribution. It will also allow advisers to implement strategies, such as the re-contribution strategy, that are not normally available to retired clients in this age group.

The table below summarises the key changes:

Note – the removal of the work test will not enable individuals approaching age 75 to access the bring-forward rule for years in which they have no cap space. This is because, under current legislation, individuals are not able to make voluntary superannuation contributions beyond the age of 74, so allowing an individual who is aged 74 to bring forward two years’ worth of NCC contributions would enable them to access a contribution period for which they are not entitled to.

Reducing the eligibility age for downsizer contributions to 60

SMSF trustees will be able to choose how to calculate exempt current pension income (ECPI) where the fund is fully in the retirement phase for part of the income year but not for the entire income year.

Currently, the ATO holds the view that the assets of the fund will be segregated during this period (ie. when the fund is fully in retirement phase) meaning the fund may need to use both the segregated and proportionate methods for calculating ECPI for the one year.

This change will allow trustees to choose to apply the proportionate (or unsegregated) method for the whole of the income year based on a single actuary’s certificate, rather than being required to use different methods to calculate ECPI for different periods in the same income year.

However, the choice only applies if the SMSF does not have disregarded small fund assets (DSFA).

To recap, a SMSF is regarded as having DSFA where the fund:

Points to note about making a choice:

To summarise, an SMSF will only be able to exercise this choice if:

The $450 per month minimum SG income threshold will be repealed. As a result, employers will be required to make quarterly SG contributions on behalf of low-income employees earning less than $450 per month (unless another SG exemption applies).

Under the current rules, an employer is not required to pay SG contributions for an employee who earns less than $450 per month.

The original rationale for the $450 threshold was to:

This measure will benefit an estimated 300,000 people or 3% of employees[1], who are mainly young and/or lower-income and part-time workers, where around 63% are female[2]. These changes will help these workers to start accumulating superannuation earlier as well as help address the gap in superannuation savings between women and men.

Since 1 July 2017, individuals can make voluntary concessional contributions (CC) and NCCs into superannuation and have them released to help pay for their first home.

The maximum releasable amount of eligible voluntary CCs and NCCs under the FHSSS will be increased from $30,000 to $50,000.

Under the new rules, the maximum amount of voluntary contributions that are eligible to be released remains at $15,000 per financial year and $50,000 in total. The individual will also receive an amount of earnings that relate to those contributions.

Therefore an individual would need to contribute over four years to take maximum advantage of the scheme under this measure. 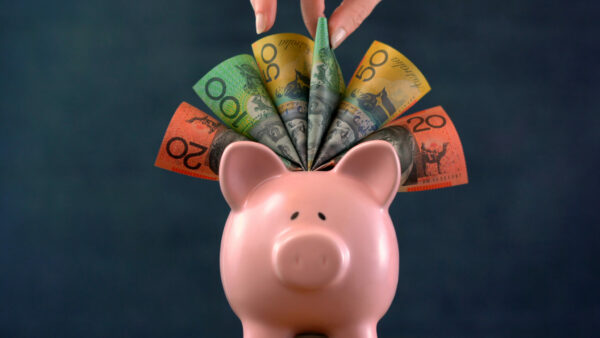